My friend and sometime-bandmate Antonio Sanchez scored and played the drums for the Alejandro González Iñárritu film "Birdman."

He has gotten a tremendous amount of positive reviews from critics including a Golden Globe nomination and from fellow musicians as well for his exemplary work on the film.

For reasons that are frankly unclear, the Academy Awards barred him from being eligible for a nomination for best score. Their reason seems to mostly stem from a statement that the film also incidentally uses some classical music. However, Antonio's music makes up more than 50% of the film score (their requirement) and is, by far, the element that stands out when the music of the film is recalled.

The director himself has stated publicly the importance of Antonio's contribution to the success of the film:


"...if I would have put another good classical piece it would be the same film. [However] The film would not be the same without Antonio Sanchez's drums. That’s why it hasn’t been unnoticed because it’s so unique and it has such a personality that not to qualify it is to say ‘drums aren’t important, we don’t consider that composing’." 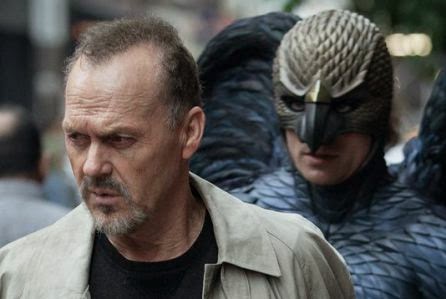 You can read about the issue here if you're unaware.

The Oscar committee is famously averse to creative, non-standard approaches to film and now apparently music, instead mostly rewarding big budget, paint by numbers dramas. They're often criticized for this approach, urged to celebrate creativity and risk takers. Maybe if we nudge them a little, they can at least consider doing this instead of just outright rejecting it.