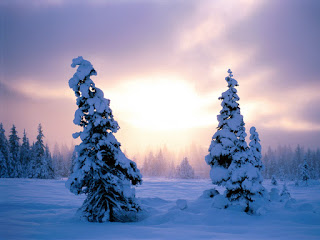 It's gonna be light on here until after January 1st.

Between normal holiday stuff and gigs it's a bit too nuts for me at the moment to get anything substantial up.

See you all in the new year. I've got Led Zeppelin, Adam Rogers, and Joe Zawinul transcriptions coming and a part two video of how to be a groove monster and chord tone soloing.

See you soon, happy new year!
Posted by LiquidWeight No comments: Links to this post

I recently listened to an interview with pianist Robert Glasper on WBGO's The Checkout and Glasper said something about playing that was a good reminder for me and mabye for you too.

The interviewer, Josh Jackson was having Glasper play songs randomly from his iPod and he stumbled on a recording of Stan Getz performing Chick Corea's "Captain Marvel" which got him talking about Chick and Herbie Hancock's playing.

Robert Glasper: "I love Chick (Corea) you can hear the...him and Herbie (Hancock). You can hear the playfulness, they don't take it seriously. You know what I'm saying? They don't sound like they're wearing a suit and tie. They sound like they're having fun playing this music, you know what I mean? In every solo Chick takes, and Herbie takes it's like "Hey I'm playin'!" Like a little kid."

Glasper: "That's what it sounds like! And it's like, they have so much fun. I think that's missing too. People take stuff too seriously now, it's like, you can be great and not take it too seriously. You know, it's a mindset thing."


Maybe another way to put it is: When you're playing music, you should take it seriously, but don't take it so seriously.

Jackson: "Well some people would say what jazz is missing now is the dance."

Glasper: "It is. Jazz is almost like goth sometimes, you know it's like, you walk in and it gives you the vibe like "Shh! Be quiet!" and it's like "Yo, this is supposed to be the freest music!"

Not Only Love Can Break Your Heart

Posted by LiquidWeight No comments: Links to this post