Bruce Nauman on Lennie Tristano: You Can Learn a Lot From Other Artists

I read an article in The New Yorker a few years ago and a part of it always stuck with me. The brilliant way a visual artist described Lennie Tristano's playing and how it applied to his art.

In the article, the writer Calvin Tomkins was interviewing visual artist Bruce Nauman and at some point during the interview, Nauman hands Tomkins a pair of headphones in order to have him listen to a recording of Tristano who Nauman says he used to listen to while living in Los Angeles in the 1970s.

Tomkins describes Tristano's playing as "fast and driving" which struck me as a pretty run-of-the-mill description of any bebop recording. But then he quotes Nauman's appraisal.


"He doesn't lead you into it, he just starts and goes," Nauman said admiringly. "At one point, I wanted my work to have that kind of immediate impact, just being there, all at once." When I asked if he still wanted that, he thought a bit, and said, "No. Maybe sometimes. It's as though, earlier, there was an intention, and as the work's gotten more spread out there's more waiting to see what will happen."

Things to think about your own playing. Do you want it to have an immediate impact? Or do you like the idea of leading people into it? To wait and see what will happen. 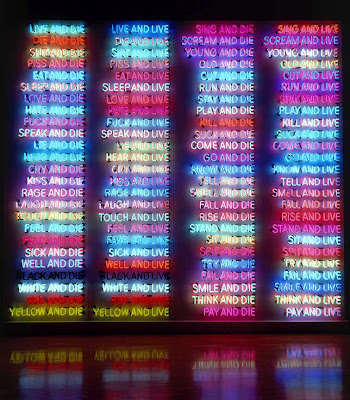